Back to All Awardees 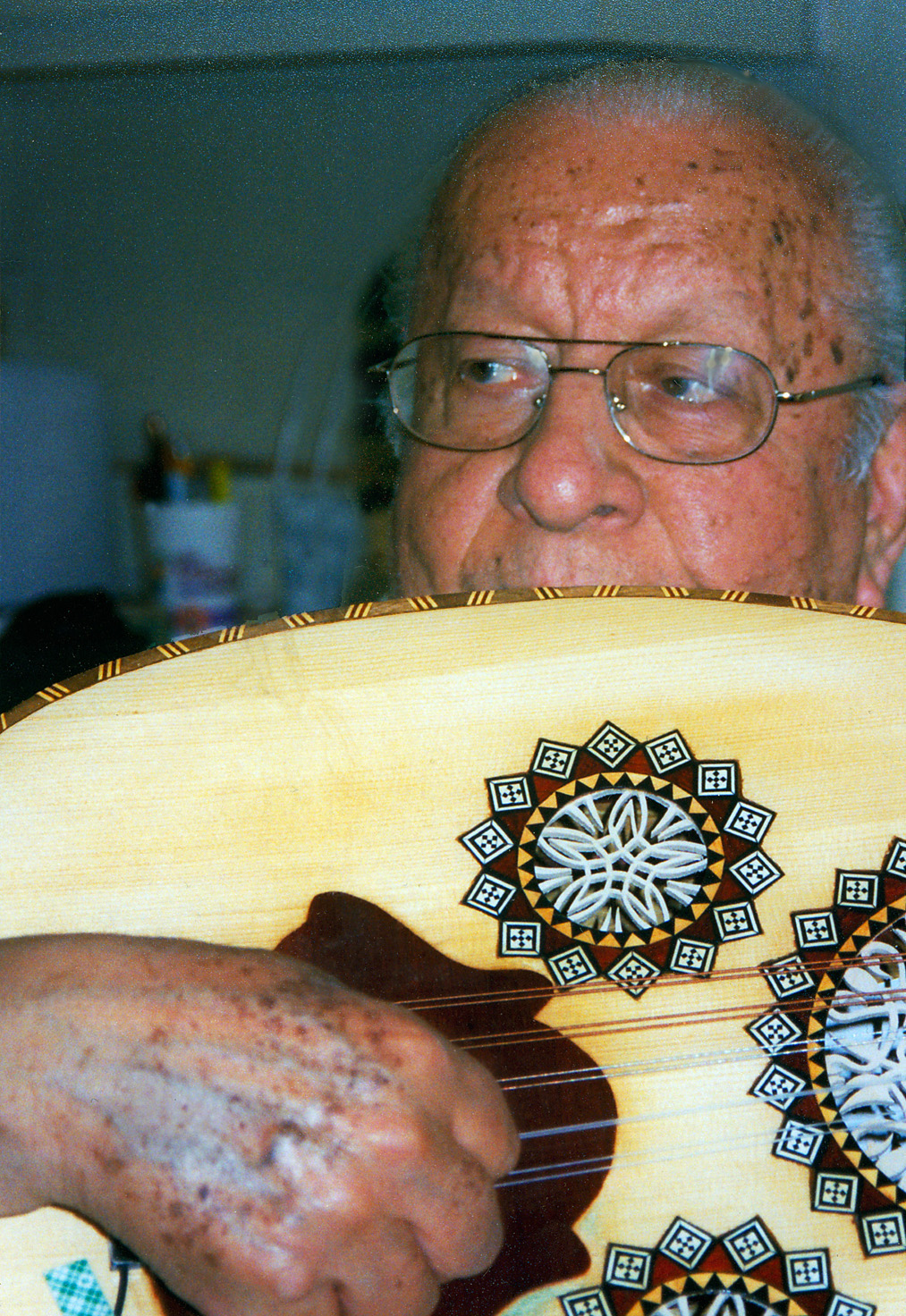 Born in Beirut, Lebanon, in 1921, to a family of musicians, Abdul Karim Bader learned to play oud at the age of seven from his father and grandfather and soon thereafter, violin and cello at the conservatory of music in France. As an adult he performed with some of the major artists of the Middle East and also served as music director at various radio stations before becoming Director of Music Programs at Iraqi Radio and Television.

In the 1970s Karim traveled to the United States to perform for Arab and American audiences. In 1972 he decided to stay. He has since performed traditional and classical Arabic music all over the United States, Europe, Australia, and South America. He often performs with the Dearborn Traditional Ensemble.

Music is Karim’s profession and hobby, and the oud is his “best friend.” According to Dearborn Traditional Ensemble leader Nadim Dlaikan, the oud is the “key instrument to achieve the sound of true Arabic melodies.” It is often referred to as the “king of all instruments.” Shaped like half a pear with a short fretted neck, the oud has six courses of two strings played with a plectrum. Because of its popularity, many play the oud, but few come close to Karim’s artistry and his knowledge of Arab classical and traditional music. Students of Arab heritage and other Americans seek him as a teacher. In 2005, with support of a Michigan Traditional Arts Apprenticeship award, Karim continued to mentor his student Laith Alattar, passing on his enthusiasm, love, and knowledge of the oud and Arabic music. In the same year, the Arab American Arts Institute honored him with the Golden ‘Ud Award. In recognition of his superb artistry on the oud and his dedication to the perpetuation of this musical art form, Karim is honored with a 2006 Michigan Heritage Award.