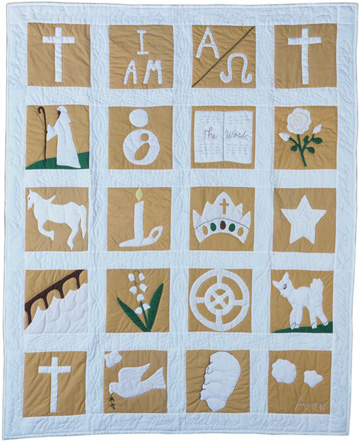 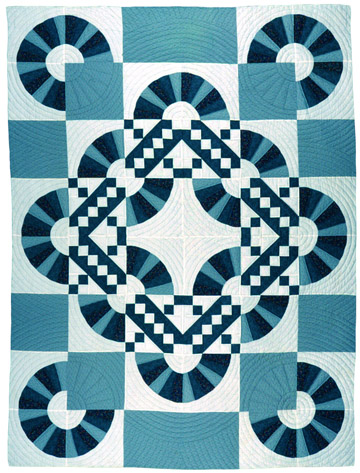 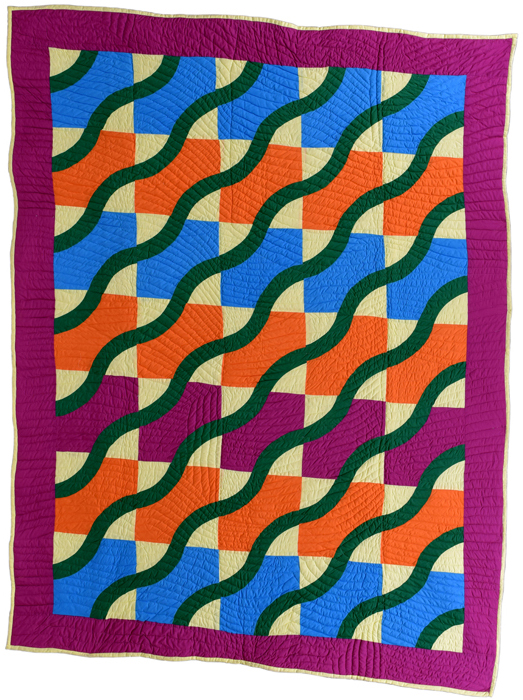 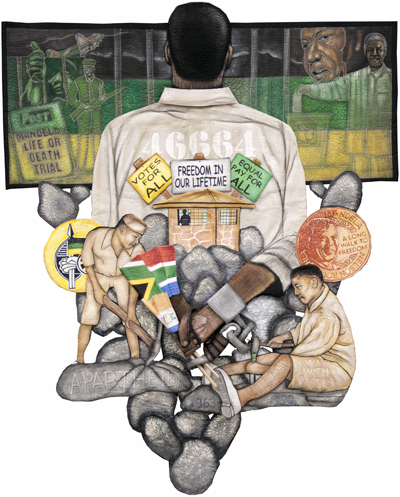 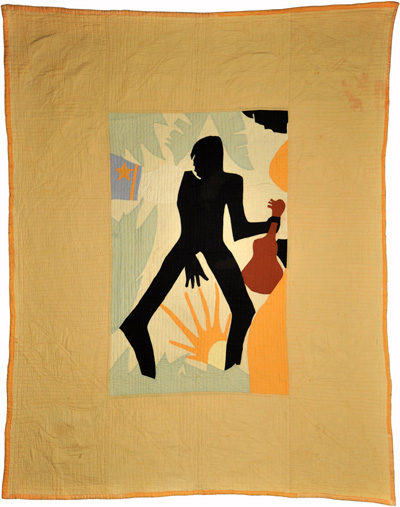 Early African-American residents in the Great Lakes region were usually foreign born or from Eastern states, but, by the early twentieth century, the majority came from Ohio, Indiana, Kentucky, Tennessee, West Virginia, and Virginia. The last great wave of African-American migration to this region occurred during the period of World War II and the migrants came mainly from the Carolinas and the Deep South states of Mississippi, Georgia, and Alabama. African Americans brought with them a wide variety of social, political, religious, and cultural organizations and traditions new to the region thus enriching the already diverse character of the communities in which they settled.
The Michigan State University Museum's collection of African-American quilts grew out of an effort begun in 1985 to aggressively collect information on African-American quilting history in the state. The first wave of Quilt Discovery Days held in 1985 did not elicit much information about African-American or other non-Euro-American quiltmaking history. Working with local organizations in communities of predominantly black populations or historically important black settlements, museum staff held a series of African-American Community Quilt Discovery Days in 1986. Quilters and quilt owners in Detroit, Grand Rapids, Muskegon, Lansing and Idlewild, were encouraged to share their quilts and stories. Due to the active involvement of African-American leaders in these communities, the African-American Quilt Discovery Days successfully identified many quilts and quilters. As examples, the work of more than thirty quilters was recorded at the first event held in Muskegon, and at a Quilt Discovery Day in Detroit, Rosa Parks brought her and her mother's quilts in to be registered.

Subsequently, the MSU Museum staff led a major documentation project that resulted in the exhibition "African-American Quilting in Michigan", the publication African American Quilting in Michigan, and the development of an important collection of over 35 quilts as well as documentary materials related to African-American quilting in the state. Quilters, quilt owners, folklorists, historians, community scholars, museum curators, designers, students, a playwright, family members --- black and white, paid and volunteer, university and community-based, and representing a spectrum of knowledge and experiences -- provided critical input for this documentation of African-American

The documentation project and the collection of quilts reveals a wide range of individual styles and traditions of quilting designs, construction techniques, and uses within Michigan's African-American communities. This breadth provided an opportunity to examine major controversies in African-American quilt scholarship -- the issues of African survivals in African-American material culture and whether or not there exists a "typical African-American" quilt. Most studies of African-American quilting or what Cuesta Benberry refers to as "ethnic quilting," have been based on quilts and quilters with strong ties to Southern, rural communities, the areas of the country where the majority of the African slave populations originally existed and where their descendants still live. It is not surprising then, that so many quilts containing the characteristics of African textiles are found in this region. The Michigan data included "typical African-American" quilts, generally made by women who had been born and raised in the South and who migrated north and/or who kept in close contact with relatives who lived in the South. However, research also documented quilts reflecting many other traditions rooted in a variety of other experiences, including urban, Northern, multi-ethnic, occupational, and African. Thus the collection does not reflect a "typical African-American" quilt type, but a diversity of styles, pattern names, techniques, and uses found within the Michigan African-American experience.